Elen loves working at the Eurospar in Blaenau Ffestiniog. Whether it’s working the tills, stock rotation, deliveries or simply chatting to customers and making them feel welcome in their local shop, Elen enjoys the sense of family she gets from the Eurospar and all the staff there.

Elen is autistic, but that has never stopped her from working towards her goals. From studying her Business Level 2 qualification at Coleg Meirion Dwyfor to her position now in the working world, with the right support for her needs Elen has flourished. Since November, the Engage to Change project has been supporting Elen in her 16 hour-per-week role at the Eurospar with a person-centred approach that includes job coaching, CV and interview training, and other such employment support for both her and her employer. In her role, her employer Emma says that Elen is particularly good at active selling and with people with children.

The Engage to Change project is working with 1000 young people and 800 employers over a five-year period to provide paid, supported work placements of 6-12 months for young people in Wales aged 16-25 with a learning disability and/or autism. This approach offers young people the opportunity to gain the experience and transferable skills to transition into a longer-term position. In fact, Elen has already secured an ongoing part-time contract from Eurospar of 8 hours per week beyond the project placement.

Supported employment agency Agoriad are supporting Elen in her job. “Since having a job, I’ve improved a lot,” says Elen. “My communication is a lot better, my eye contact is a lot better and I’m very grateful to the Eurospar staff.” Emma agrees, and adds that Elen’s become a lot more confident since starting the programme.

Elen believes she’s become a better employee thanks to Agoriad staff who have been supporting her. “Since I’ve met Bethan, Zoe, and Angela [Agoriad staff] as well, they’ve helped me to [recognise] what kind of mistakes I’m making and how to do things better, so I’m very grateful to Bethan, Zoe and Angela.” Job coach Zoe agrees that Elen doesn’t need as much support now as she did previously, and that she has become more accurate in completing duties such as stock rotation.

Elen’s mother Delyth is also pleased at the progress she’s seen from her daughter. Her concern is that she believes that the kind of support Elen is receiving from Engage to Change should be more widely available long-term. “The autism doesn’t go away. It’s still there, and I would like the support to be available after six months.” She wants to see more young people in the same situation as Elen getting the support they need to lead a full life.

This is why the lasting legacy of Engage to Change is supremely important. The research team at the National Centre for Mental Health at Cardiff University will be continuously evaluating the outcomes of this model of person-centred supported employment, hoping to demonstrate to policymakers and employers the benefits of the approach and encouraging its widespread adoption so that these young people can reach their full potential.

Elen is also looking ahead to the future. She hopes to learn to drive this summer, when the weather in Blaenau improves. As she continues to gain more skills and grow in confidence, she hopes she will have the opportunity to work more hours at Eurospar. “I like working at Eurospar and getting to know more people, and new staff of course,” she says with a smile. “So hopefully I will achieve those goals.” 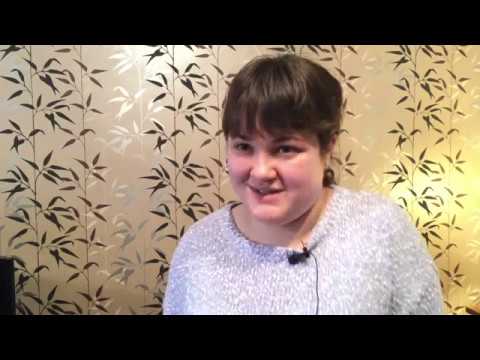